The Westfälische Wilhelms-Universität Münster (WWU) is one of the largest research universities in Germany and hosts one of the largest departments of physics in Germany with over 3,000 students. WWU is part of the German U15 universities and ranked consistently one of the top research institutions in the country (e.g. Shanghai Ranking 2019). The University of Münster is home to ten Leibniz Prize winners twenty-three ERC Grants (Starting, Consolidator and Advanced) and six Max Planck Research Awards. The nanosciences and nanotechnology are core profile areas of the WWU. In recent years significant investments and new buildings have been procured to strengthen nanoscale research, including the Center for NanoTechnology (CeNTech), the battery research institute MEET and the Center for Soft Nanoscience (SoN). These independent facilities foster primarily interdisciplinary research.

Carsten Schuck (1st time participant to FET under H2020) received his PhD in 2010 from The Institute of Photonic Sciences (ICFO) in Barcelona, Spain, for experimental quantum network implementations with trapped ions and entangled photons. He was a fellow of the German Research Association (DFG) with Prof. Hong Tang at Yale University, USA, working on a wide range of nanophotonic realizations of experiments in quantum optics, including pioneering work on waveguide-integrated SNSPDs as well as the first realization of spontaneous parametric down-conversion in micro-ring resonators. After a staff scientist position in a world-leading semiconductor-industry environment at ASML Research, The Netherlands, where he gained extensive and high-level project management skills, he became Assistant Professor at the University of Münster, Germany, in 2016. He is (co)-author of more than 30 publications and several patents. His current work on integrated quantum technology is funded through competitive research programs of the German Ministry of Science and Education (BMBF) and the State of North Rhine Westphalia and combines highest level expertise on nanotechnology and quantum optics.

Wolfram Pernice (1st time participant to FET under H2020) received his PhD in 2007 from the University of Oxford, GB, for the development of efficient numerical methods for simulating photonic devices. In 2008 he became a Feodor-Lynen Fellow at Yale University’s Nanodevices Laboratory working on optomechanical devices and superconducting detectors until 2011, when he was awarded an Emmy-Noether Fellowship and started an independent research effort at the Karlsruhe Institute of Technology (KIT), Germany. Since 2015 he holds a full professor position at the Physics Department of the University of Münster and was awarded an ERC consolidator grant in 2016. He is (co)-author of more than 130 publications and several patents. His group has established an extremely competitive research portfolio with activities in neuromorphic computing, integrated optics, superconducting nanowire detectors and responsive nanosystems funded by the European Union, the German Research Association (DFG), the Volkswagen Foundation and the German Ministry of Science and Education (BMBF). 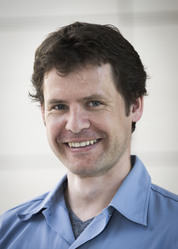 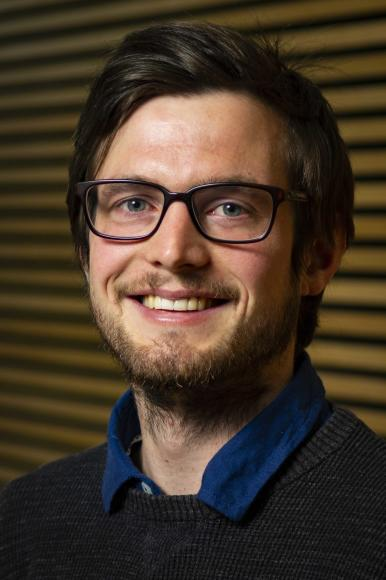 Matthias Häußler (1st time participant to FET under H2020) holds a bachelor’s degree in physics from the University of Würzburg and a master’s degree in physics from the University of Münster and is currently a research associate in the working group of Professor Schuck. He has extensive experience with designing and setting up cryogenic measurement environments for experiments with superconducting nanowire single-photon detectors. He is further experienced with state-of-the-art nanofabrication and -characterization methods and modern optical and electronic measurement techniques. Matthias is a member of the Schuck research group in different roles since 2017.

Martin Wolff holds two master’s degree: in 'Physics' and 'Science and Technology of New Materials' from the University of Münster (Germany) and University of Seville (Spain) respectively. He is currently a research associate/PhD student in the newly formed "Integrated Quantum Technology" group of Professor Carsten Schuck at the University of Münster. His main research is focused on the realization and fabrication of highly performant superconducting single-photon detectors on scalable photonic platforms. 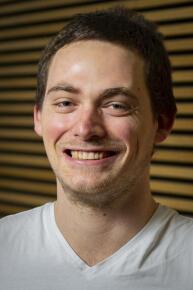